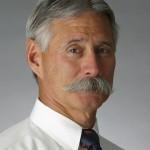 ERNEST E. MOORE, M.D. F.A.C.S., M.C.C.M., F.A.C.N., F.A.C.E.P. (HON), F.R.C.S. ED. (HON) F.R.C.S.T.(HON), F.R.C.S.I.(HON), F.E.B.S. EM SURG (HON) first attended the WTA in 1977 and was the 19th president in 1989. He was the first member to sponsor surgical residents at the WTA and negotiated an affiliate society status of the WTA with the Journal of Trauma in 1985. Dr Moore was the Chief of Trauma at the Denver General Hospital for 36 years, Chief of Surgery for 28 years, the first Rockwell Distinguished Chair in Trauma Surgery, and a Distinguished Professor of Surgery at the University of Colorado Denver. Under Dr. Moore’s leadership, the Denver General became internationally recognized for innovative care of the injured patient, and its trauma research laboratory has been funded by the NIH for 30 consecutive years. His team has made seminal contributions in defining the lethal triad of trauma induced coagulopathy, the two hit model of multiple organ failure, the role of mesenteric lymph in post-shock lung injury, and the pathophysiology of fibrinolysis shutdown. In July 2018, the center was renamed the Ernest E Moore Shock Trauma Center at Denver Health.

Dr. Moore is coeditor of the textbook Trauma, in its 9th edition, Surgical Secrets in its 7th edition, and Trauma Induced Coagulopathy, in its 2nd edition; he has >1700 publications and has lectured extensively throughout the world. He is married to Sarah Van Duzer Moore, M.D., an internist at the University of Colorado Denver, and they have two sons; Hunter, a chief surgical resident at UCD and Peter, a pulmonary fellow at UCD. Dr. Moore’s additional interests include endurance sports, mountaineering, skiing, and wapiti pursuit. He lives by the principle to work hard you must play hard, with the understanding that family is the ultimate priority.

The Ernest E. Moore Resident Prize for Basic Science Research has been established to encourage residents to become surgeon researchers. Dr. “Gene” Moore has been a major factor in the academic growth of the Western Trauma Association by encouraging resident attendance and participation in the program at the Annual Meeting of the WTA. Abstracts eligible for this award are submitted to the Program Committee for resident prize status presentation at the annual meeting of the Weswtern Trauma Association. A manuscript must be submitted to the Journal of Trauma and Acute Care Surgery in advance of the meeting for consideration of publication. The manuscript and presentation are judged with first and second place cash prizes and recognition given at the annual WTA annual banquet. The first place resident’s name is listed in the annual meeting program book.