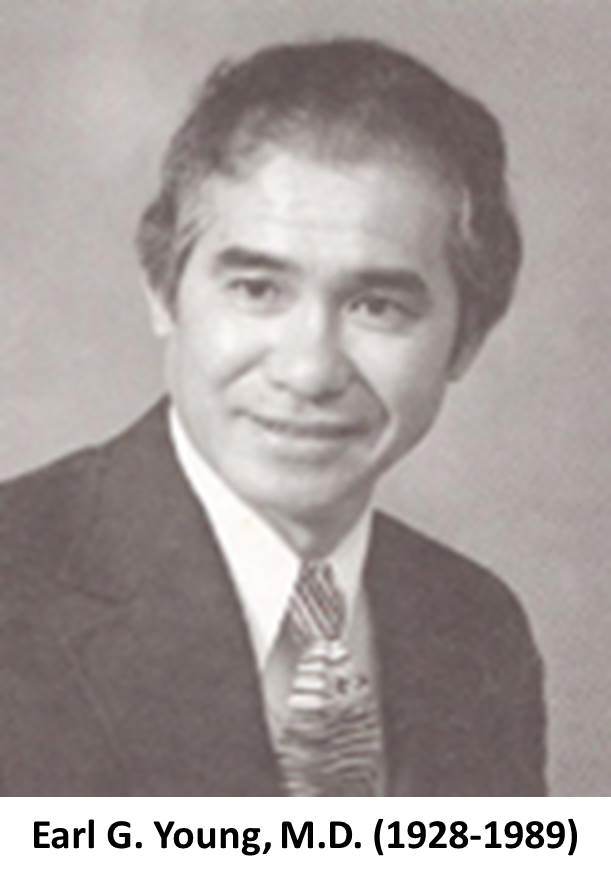 Dr. Earl G. Young of Minneapolis was a founding member of the Western Trauma Association and its 14th President. He died of a myocardial infarction, Monday, February 27, 1989, while skiing at Snowbird during the 19th Annual Meeting of the Association.

He was a clinical professor of surgery at the University of Minnesota Medical School, and a practicing general and vascular surgeon at the Park-Nicollet Clinic in Minneapolis from 1960. He was nationally known and was actively involved in research and education throughout his career. In 1988, one year before his untimely death, he received the Owen H. Wangensteen Award for Academic Excellence from the University of Minnesota Health Science Center. It was awarded by an unprecedented unanimous vote of all 72 surgical residents.

– Dr. John Najarian characterizes Earl at a memorial service in his honor at the University of Minnesota.
Earl Young Resident Prize for Clinical Research

The Earl Young Resident Prize for Clinical Research was established after the death of one of the Founding members of the Western Trauma Association. This prize is a continuation of Dr. Young’s profound interest in the training of residents and his commitment to ongoing research. It is given each year to stimulate resident clinical research. Abstracts eligible for this award are submitted to the Program Committee for resident prize status and presentation at the annual meeting of the Western Trauma Association. A manuscript must be submitted to the Journal of Trauma and Acute Care Surgery in advance of the meeting for consideration of publication. The manuscript and presentation are judged with first and second place cash prizes and recognition given at the annual WTA annual banquet. The first place resident’s name is listed in the annual meeting program book.